history of the staff of life

LEARN MORE ABOUT THE STAFF OF LIFE

Research has shown that the Deeds of the building go back as far as 1698 when Ralph Holland of Ticknall sold it to John and Isabel Draper. There is also a recorded sale on 6th January 1801 from Joseph and Isabel Bosworth (the great niece of John Draper) to Thomas Richardson of Ticknall for the sum of £210. At this time Ticknall’s population in 1831 was 1,278. Tenants of the two largest landowners, Crewe of Calke Abbey and Sir Frances Burdett were heavily involved in lime burning and malting in the early 19th century and were now advancing their social status through their increasing profits. These lime quarries and kilns were worked on a large scale and were exporting the bulk of their produce in order to meet the demand created by the domination of farming and agriculture of the time.

In 1832 Ticknall was at its most prosperous due to its flourishing limekilns, increasing population and expanding businesses. It now held a veterinary surgeon, a doctor, 6 farmers, 2 gentlemen, 3 blacksmiths, 3 wheelwrights, 4 butchers, 4 bakers, The Staff of Life, The Chequers Inn, 2 other licensed vituallers (The Wheel and The Royal Oak), 2 grocers/drapers, 3 tailors and a shoemaker.

At this prosperous time William Soar moved to Ticknall to become a trader at The Staff of Life. William Soar was born in Chellaston on 27th May 1812, the son of Henry Soar (blacksmith and publican) and Mary, nee Pym, of The Rose and Crown in Chellaston. He moved to Ticknall in 1832 and was married on 8th January 1833 to Frances, the daughter of William Rollings who the Licensee of The Chequers Inn. William Soar’s responsibilities would have included brewing and selling beer and looking after farm animals on the small holding within the outbuildings which are still visible today, and also working along side others in the bakery.

William and Frances traded at The Staff of Life as Bakers, Brewers and Beer Sellers. Frances died at the age of 27 on the 8th June 1836. During their short marriage they had two girls Ellen and Fanny. Two years later on Queen Victoria’s Coronation Day, William married Eliza Wood. The couple had 15 children and along with Fanny and Ellen. All 17 children lived at The Staff of Life until they either married or died.

William had the surrounding outbuilding constructed in 1852 and this incorporated alterations to the brew house and the bake house.

In 1857 the lime works were suffering due the fall in agricultural demand. Then in 1881 the brick and tile works closed which made trading in Ticknall increasingly difficult and shopkeepers who were fighting for contracting trade whilst specialist shops began to close. By 1895 most existing shops had to diversify. However, The Staff of Life was already trading as Bakers and Beer Sellers.

William Soar died on 1st January in 1874. Eliza continued to trade in his place at the ‘Ale House and Bakery’. Eliza died in 1911 aged 94. She had held high regard in Ticknall and was affectionately known throughout the village as “Grannie Soar”. She also held somewhat of an authoritative position as her kitchen door key, at The Staff of Life fitted the Ticknall village Lock Up, which was used to detain drunks of whom had had one to many real ales. On one particular Ticknall feast day of July, a number of men were locked up for ‘riotous behaviour’. However when they did not go home, their angry wives invaded Ticknall in the middle of the night creating quite a scene. Eliza crept out in disguise and promised to release them if they left the village promptly and quietly. There was a mixture of amusement and guilt when the Constable arrived the next morning to find the lockup empty. 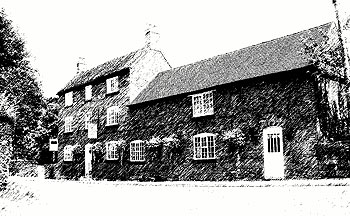 Eliza’s memory lives on as many previous tenants and late night drinkers of The Staff of Life claim to have seen her ghost tidying up late at night when everyone else has gone to bed.

Frederick William Soar, son of William and Eliza who had previously farmed at Southwood and Hayes Farm took over the tenancy of The Staff of Life when his mother died. He took a very active role and continued to keep the business in the family name by training his son Walter in the business. Frederick died in 1923 and the business as planned, was taken over by Walter. Walter lived at ‘Ivy Leigh’ on Main Street of Ticknall. This building was converted from a butcher’s shop into a bake house by Miss Hatton, the sister of John the gardener at Calke. Whilst renting The Staff of Life, Walter employed Thomas Johnson to bake and Miss Chamberlain as a housekeeper from 1923 to 1930.

Walter Soar retired in 1930 and the tenancy was then taken over by George Bird of Brookside, Ticknall and his wife Miss Shaw of White Leys until 1942. During their time at The Staff of Life they used a van to deliver the fresh bread to local villages. At this time their son Bill and another person, Arthur Tunnicliffe, rented the bake house from 1937 until 1943 when a boarded dividing wall was erected and a doorway built in order to separate the bakery from the public house. Until 1943 the public house was let to John Whetton. However in 1943 Strettons of Derby Ltd (later to be known as Coope East Midlands Ltd) took the tenancy of the public house while Arthur Tunnicliffe continued the bakery as a sub tenant. Then in 1955 baking ceased as the sons were no longer interested in continuing the business. The bread round was continued however by Irene Woodward who bought bread from Swadlincote and rented the Ticknall bake house premises for storage use until 1959.

It was only in 1970 that the premises were modernised in order to incorporate the bake house and store into the public house we can see today. This restoration was undertaken by Mr D J Jennings and his wife, a tenant from March 1969 to January 1985.

The Staff of Life went through further changes in 1985, the year in which The National Trust took over the running of Calke Abbey. The pub was sold by the Harpur Crewe Estate to private owners, John and Beryl Simons. Due to improvements and subsequent publicity from the Calke Estate, much more trade came to Ticknall and to The Staff of Life.

The pub was then sold to Mr Marshall whose partner fronted the day to day running of the business.

Today The Staff of Life is owned and run by Christopher and Kaye Nix who bought the pub in August 1996. Many changes and improvements have since taken place including the renovation of the Snug to a no smoking room, refurbishment of the Kitchens and Toilets, the conversion of the old grain store to living accommodation and the renovation of the old Village Post Office and other rooms to create bed and breakfast accommodation totally opened in the summer of 2004.

Many walks in and around town

Discover the town of Ticknall

Run in beautiful the country side

Explore the nearby attractions 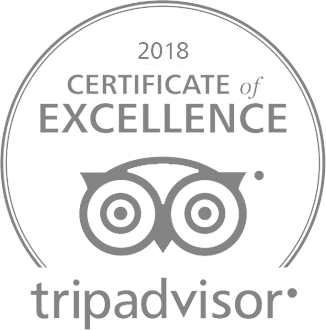 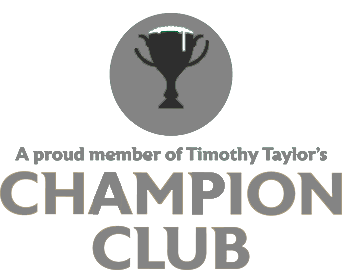 We use technologies, such as cookies, on this site as described in our Cookie Policy. Some of these cookies are essential ...for the website to function. Other cookies are used for analysing the performance of the site, gaining insights and personalising adverts to your interests – we won’t set these without your consent. You can accept all cookies or set your own preferences using the buttons below.

Cookies are very small text files that are stored on your computer when you visit a website. We use cookies for a variety of purposes and to enhance your online experience on our website (for example, to remember your account login details).

These cookies are used to provide you with a more personalized experience on our website and to remember choices you make when you use our website.

For example, these cookies may track things such as how long you spend on the website or the pages you visit which helps us to understand how we can improve our website site for you.

The information collected through these tracking and performance cookies do not identify any individual visitor.

These cookies are used to show advertising that is likely to be of interest to you based on your browsing habits.

These cookies, as served by our content and/or advertising providers, may combine information they collected from our website with other information they have independently collected relating to your web browser's activities across their network of websites.

If you choose to remove or disable these targeting or advertising cookies, you will still see adverts but they may not be relevant to you.